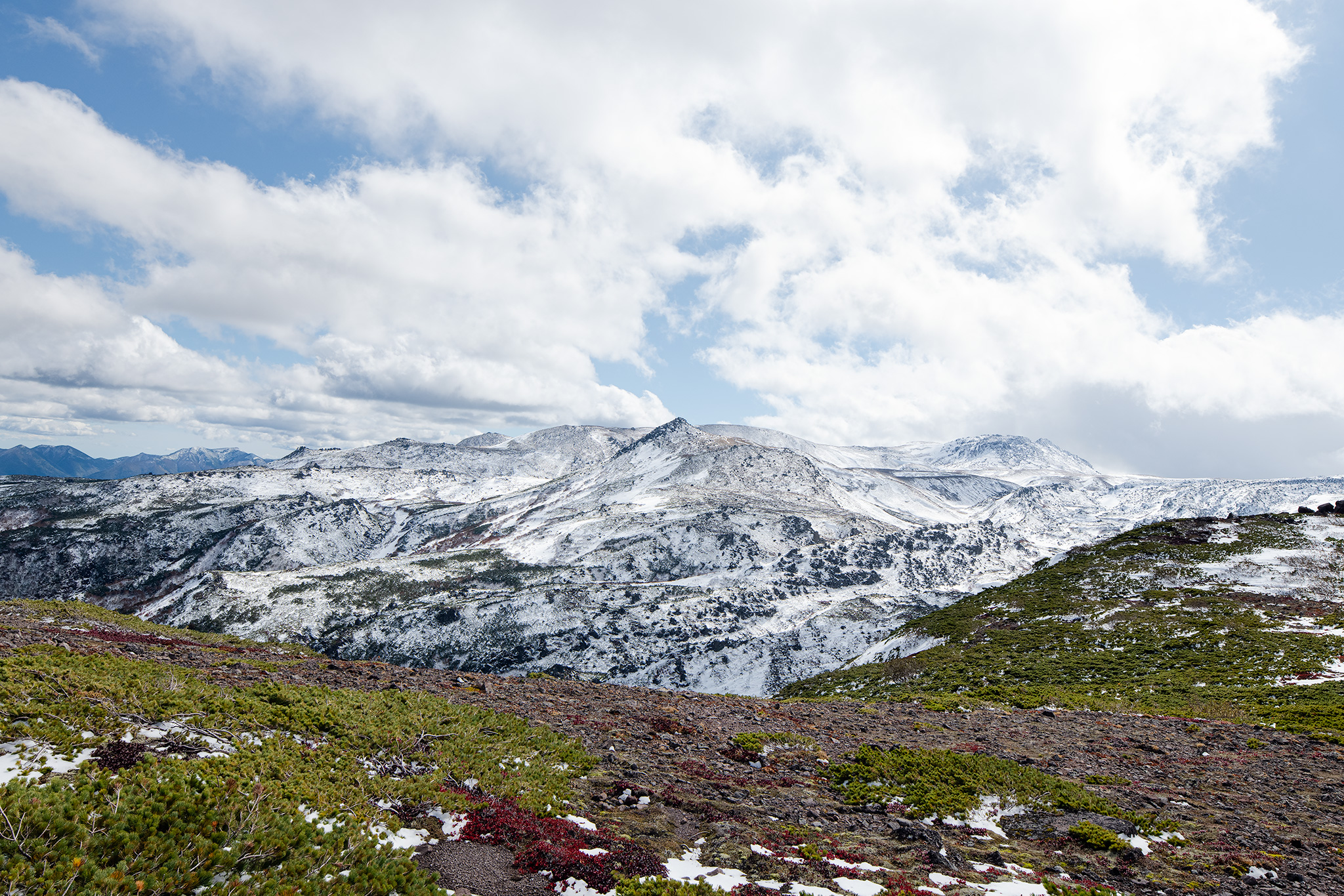 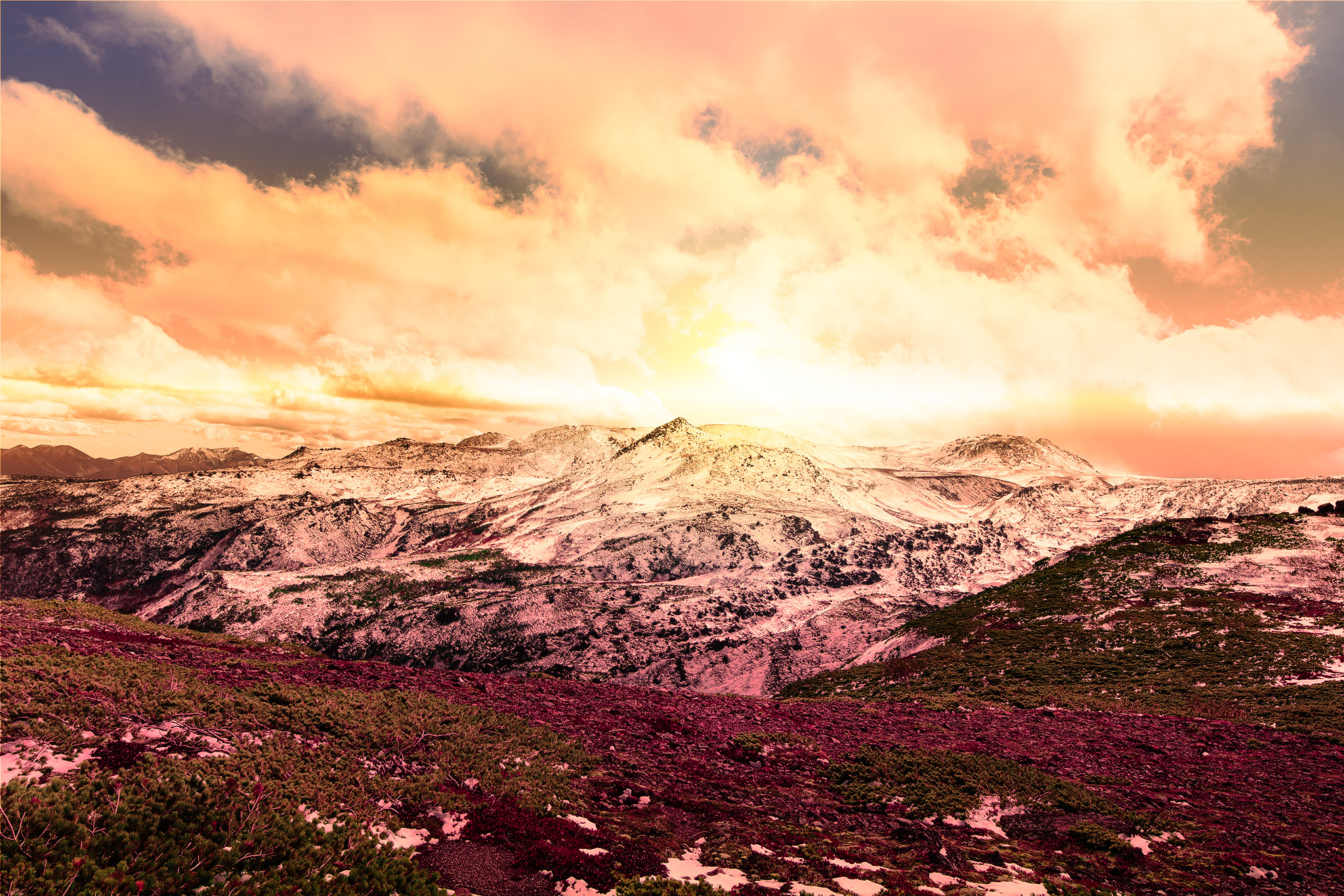 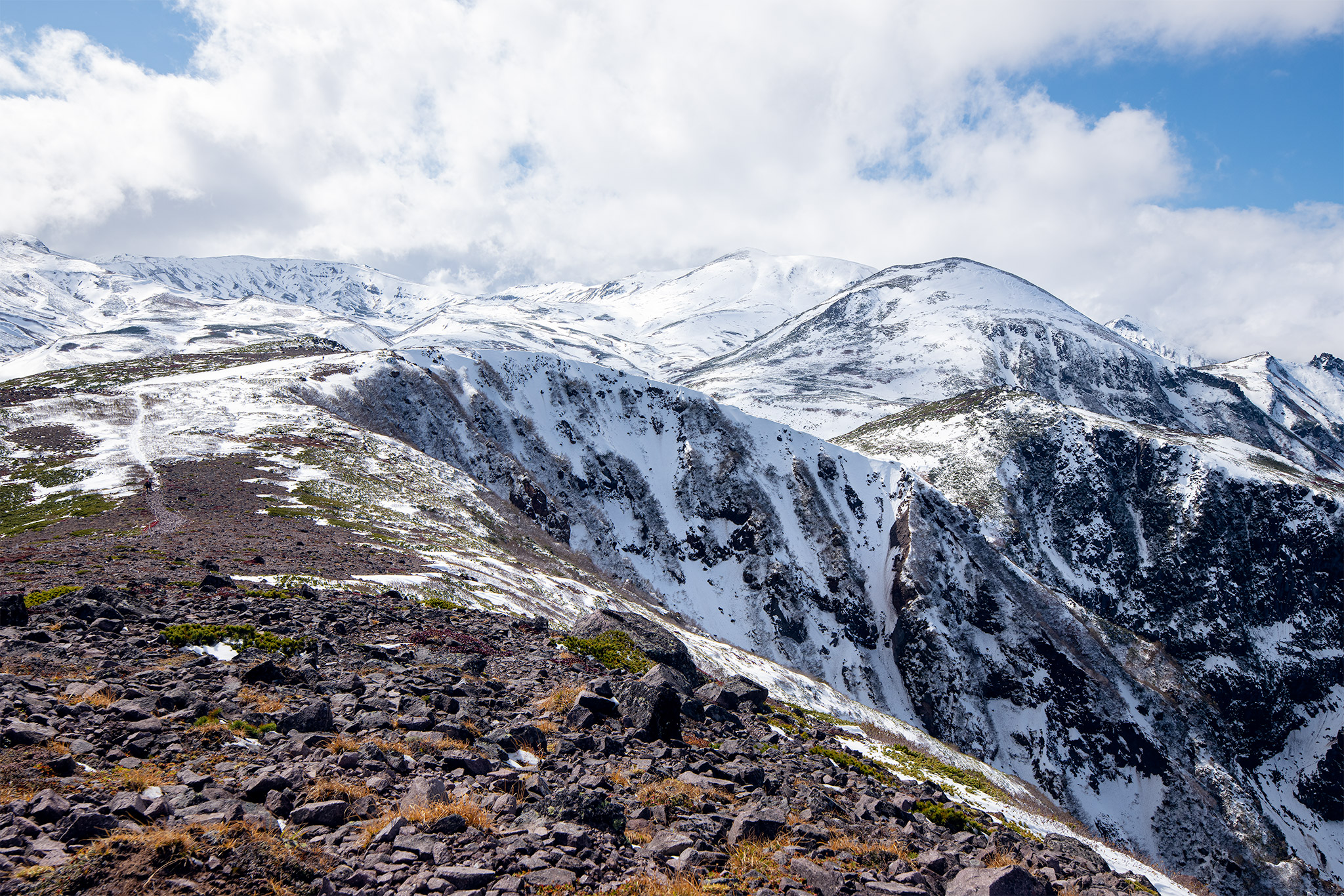 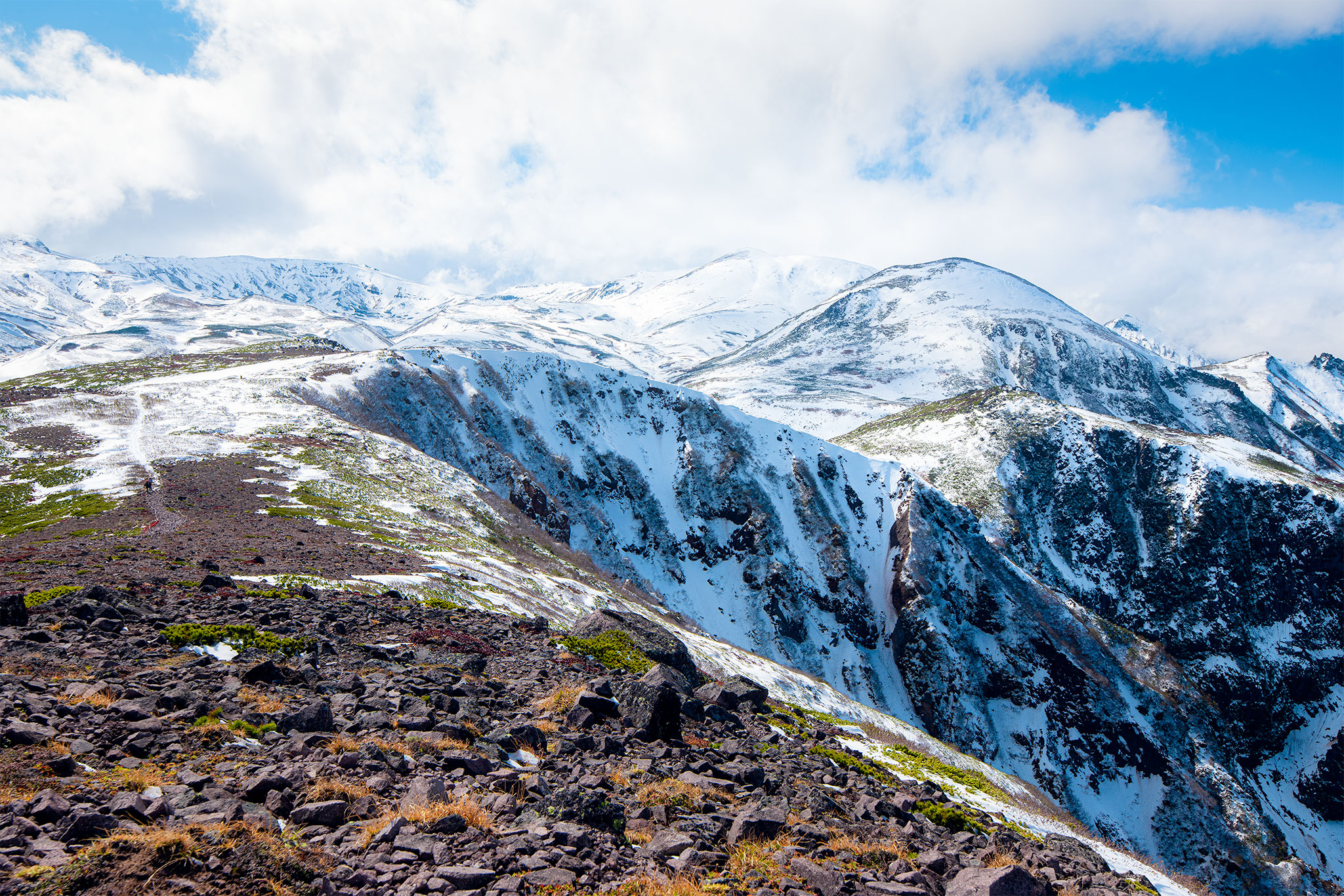 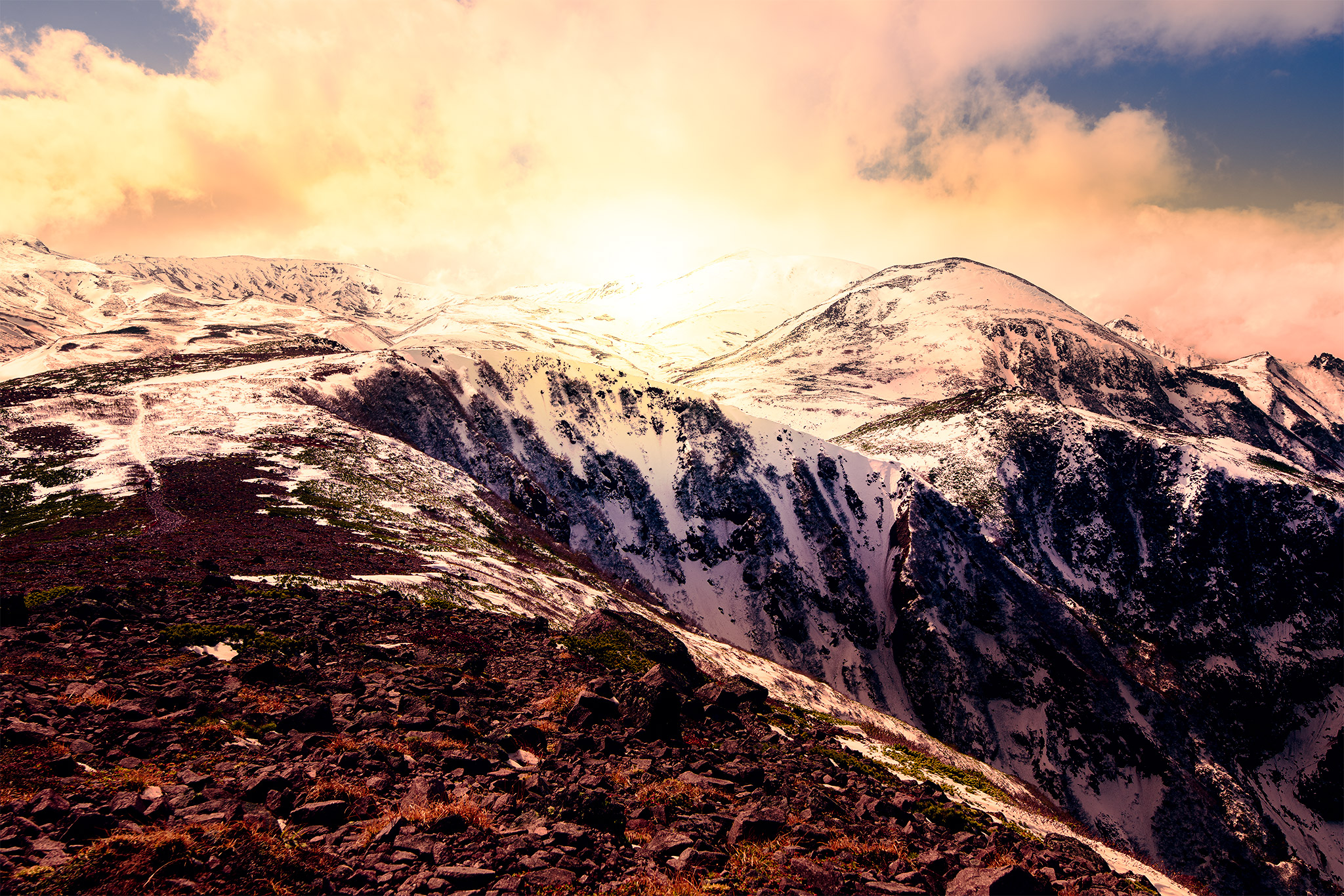 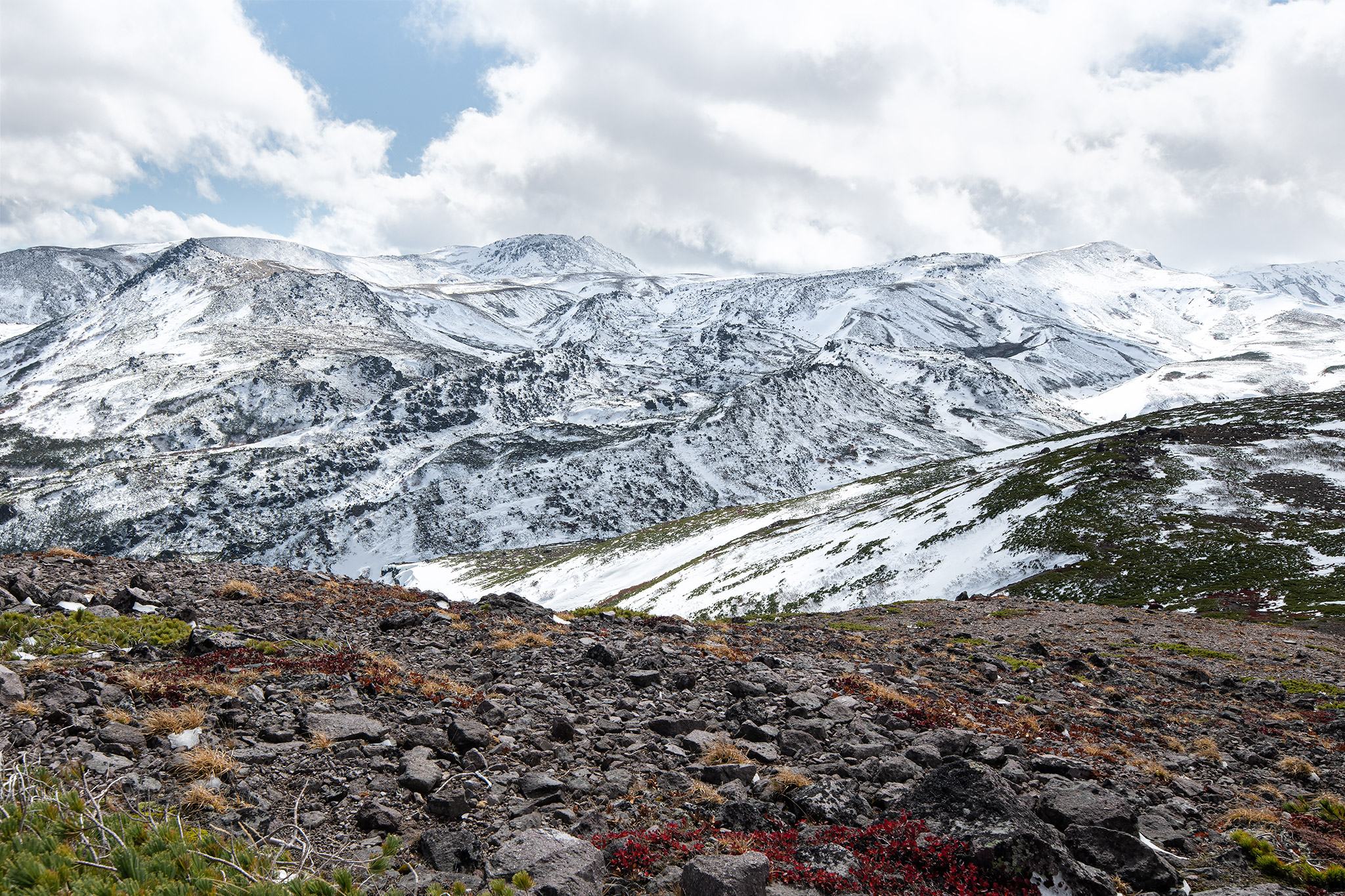 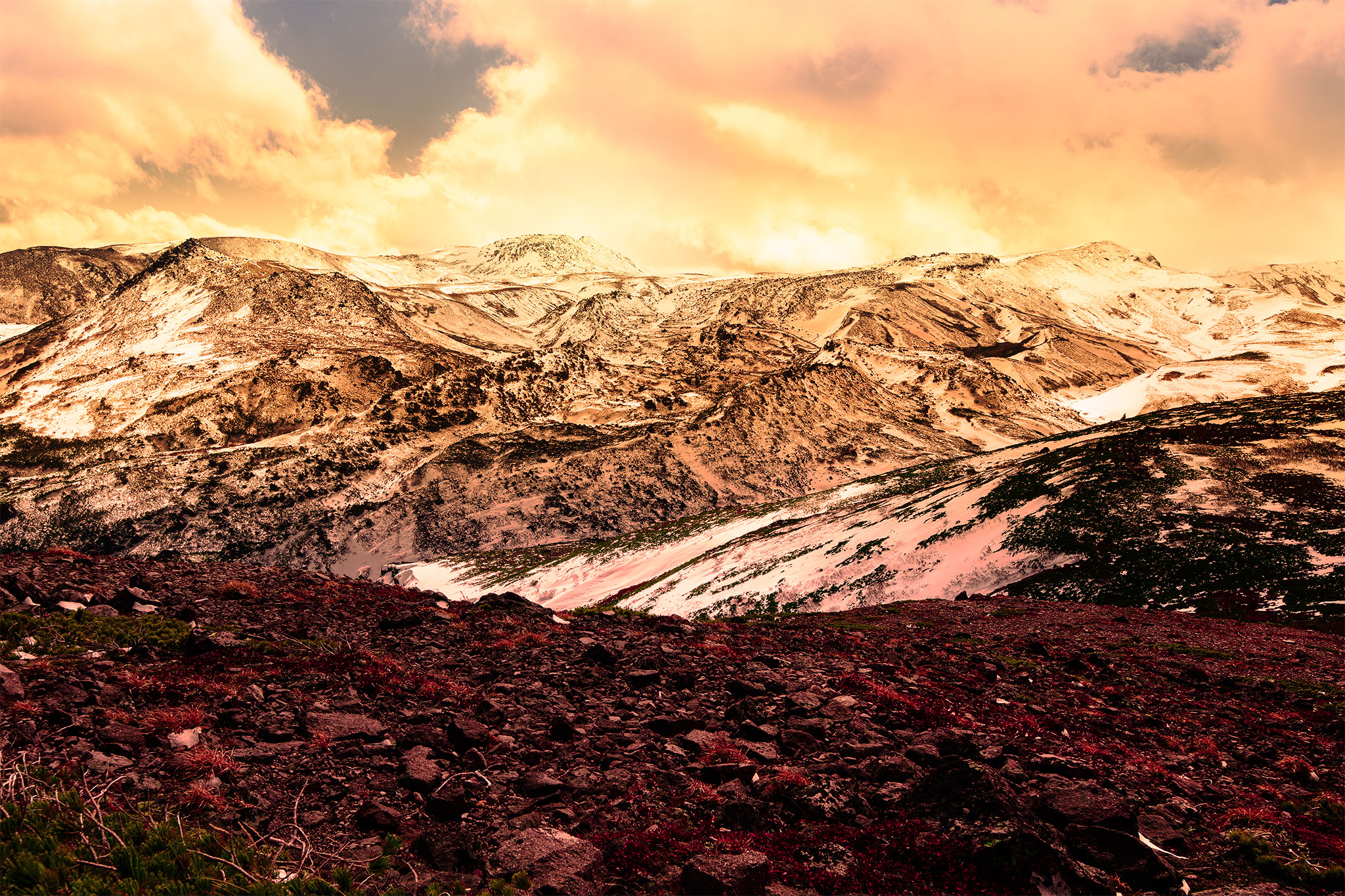 You are seeing Taisetsu in Hokkaido, which was the location this time. “Taisetsu” in Japanese means “lots of snow” in English but have another meaning, which is totally different from it, “precious”. I do not agree that this mountain is a weak existence that can be protected by Gollum, though.

Well, we hold “シュレーディンガーのパラソル展/Schrödinger’s Parasol Exhibition” the other day. What I noticed there is that it is a production method to add a new meaning to an ordinary photograph by adding a hand later.

For artists, who think photography is only a means of expression, the method above must not be peculiar so much. An example is collage. I had never thought of it, though.

So the method is utilized here again. Post production.

There are 3 photos on show. Each of the photos vary three patterns. While seeing them you may feel that time is passing, but actually these are taken at the same time.

In other words, these varied photos are just designed in Photoshop, so what looks like a sunset is just a fake.

All what I wanted to make is images that a “Design” is on fire, or death march project could be founded in “Design”.